A cup of tea with Radio’s Tony Blackburn 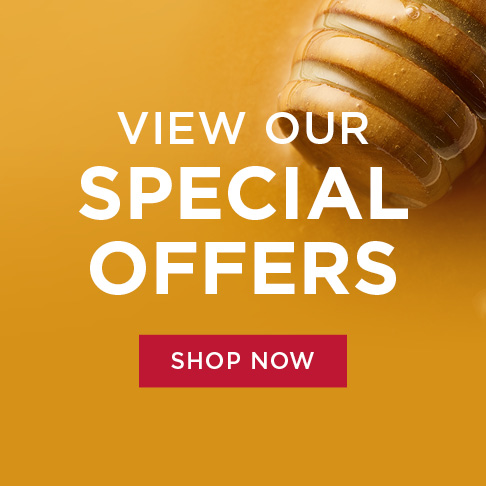 Tony Blackburn is a fantastic storyteller.

Over a cup of tea near his Hertfordshire home, the legendary Radio DJ is explaining to Manuka Doctor how his 57 year career began on pirate station Radio Caroline in the mid sixties. “The thing about 1960’s songs is that if you don’t like one, you only have to wait two and half minutes as they’re all so short” he explains.

“Back in those times the BBC was only broadcasting less than an hour of pop music everyday so teenagers were desperate for radio that catered for them. I am very proud to have been part of the Pirate Radio movement.”

Since the Pirate days Tony’s unmistakable voice has gone onto broadcast thousands of radio shows to a growing army of loyal listeners. From Caroline through to launching the BBC Radio1 Breakfast Show and his current role presenting across the BBC Local Radio Network and, of course, Sounds of the 60’s and The Golden Hour on Radio 2.

But what is the secret to Tony’s silky radio voice?

“Some of my shows can be 4 hours long, which takes its toll on the voice. My good friend suggested I try Manuka honey to keep things in good order and it’s been simply fantastic”.

“I just mix a spoonful of this Manuka honey into some hot water every morning. Add a little turmeric and a squeeze of lemon and drink it down. I’ll always have porridge for breakfast with it too so it’s become my morning routine. I eat so much honey I should be flying really.” A vegetarian since he was a boy, Tony has always looked after himself and takes a daily Vitamin D supplement along with a Multivitamin. He certainly looks very healthy for 78, his face breaking into a smile with every joke.

“Touch wood I’ve always been a healthy person. The recent social distancing has also helped us older people I think. Since I’ve been doing it I haven’t had a cold or any illness. We’ve been very careful and have enjoyed staying in the UK rather than flying off somewhere warmer.”

Luckily for his listeners Tony embraces the early mornings. He doesn’t sleep very well so getting up at 3:15AM to present his radio show at 6AM is no problem at all. In fact his enthusiasm is boundless as followers to his Twitter account will see thanks to his selfie videos.

But it wasn’t always that way. When he was younger Tony Blackburn was quite a shy person. His father – a Doctor – had got him into Motown music, and as someone who always liked jokes, mixing his genuine love of music with radio led him down a career path that’s served him well.

Not that he has ignored TV. From appearances on Top of The Pops through to his friend Noel Edmond’s “House party” programme and even winning the first ever series of "I’m a Celebrity Get Me Out of Here”, meeting Tony face to face he comes over as someone who is always willing to give something a try.

“I’m a big fan of technology” says Tony. “Many people my age don’t really get on with the internet but I love it. I’ve even gone for an electric car which is unbelievably good. My neighbour got one but had to take it back because he didn’t know how it worked, so I spent a long time watching videos on YouTube and annoying my wife so I knew what to do when it arrived.”

In fact Tony’s love of technology even extends to his DJing. “My friend used to have a huge vinyl collection but had to reduce it when his house literally started sinking into the ground. I do enjoy vinyl but I’m not a purist and can happily enjoy digital music. All the shows we do for Sounds of the Sixties are built with the help of computers. In fact I did have to show some of the younger team how something worked a while ago!”

But his true love is the Sixties and he talks with a real passion about the era.

“The 60s was a revolution, not just in music but everything that came with it. We’d gone from the crooners to rock and roll in the late 50’s to an amazingly vibrant decade for music. With that came the fashion, flower power and with the pirate stations a real sense of freedom. I’m so pleased that our radio show continues to be popular with millions of listeners every week and it’s a real privilege to be able to do it. We’re also getting out to perform live to the listeners with our Sounds of the 60s Tour which has been going brilliantly.”

Everyone at Manuka Doctor is very pleased to be working with Tony this Autumn as part of our latest campaign.

And his favourite song:

“Love is the Answer” by England Dan and John Ford Coley