What is the Coronavirus, and is there any truth in claims honey can help? 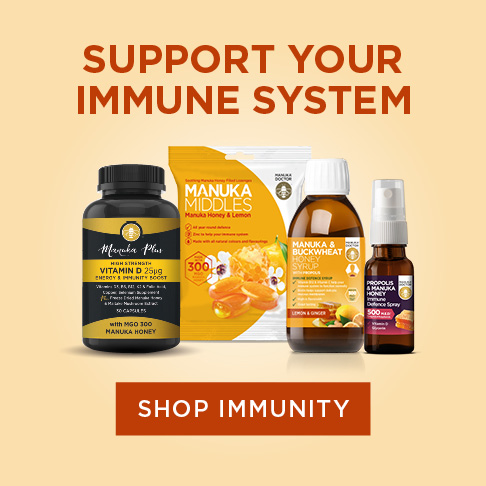 News reports in the Daily Mail this week claim that a 25 year old man who caught the Coronavirus, was able to beat the virus simply by drinking a traditional hot toddy of honey and whisky. He had taken himself to hospital in the Chinese city after struggling to breathe with a severe cough.

Connor Reed, from Llandudno in Wales, said: "I used an inhaler which helped control the cough and drank a hot whisky with honey until that ran out."

He told a newspaper interview "It's an old fashioned remedy but it seemed to do the trick. I did refuse to take the antibiotics the doctors prescribed me because I didn't want to take any medicines."

Mr Reed, who has been in China for the last three years and in Wuhan for the last six months, was discharged from the Zhongnan University Hospital in the city.

Read more on this story in the Daily Mail.

What is the coronavirus?

According to the Daily Telegraph, Coronaviruses are a family of viruses that cause illnesses ranging from a cold to more severe diseases. Typically, symptoms include a fever, fatigue, sore throat and dry cough, and may later develop into breathing difficulties.

These viruses are transmitted between animals and people. This novel coronavirus, currently named 2019-nCoV, is a new strain that had not been previously identified in humans.

Is there a vaccine?

No. And some pharmaceutical experts have warned that a vaccine could be years in the making. Beijing was quick to share what it knew about the virus's genetic code, which means researchers in the US and China have already begun working on a vaccine. However, any vaccine may not be available for up to a year and priority would go to health workers most at risk of contracting the virus.

Professor Robin Shattock, from Imperial College London, said his team had “two vaccine candidates” developed from the genetic sequence of coronavirus provided by Chinese scientists, and some British experts are confident that a vaccine could be available within weeks.

Prof Shattock told Radio 4’s Today programme the vaccines would be ready for use in “animal models” by the middle of next month and they were ready to “rapidly move those into human studies” if required.

How does honey work to kill bacteria?

While not recommended for the coronavirus, honey and Manuka honey has been well researched for its bacteria killing properties.

According to the NHS website, honey has long been known to have antibacterial properties and is sometimes included in licensed wound-care products.

In 2011, researchers from Wales created a paper that demonstrated how manuka honey can stop bacteria from attaching to tissue at the molecular level. They also found that combining honey with certain antibiotics may make them more successful against drug-resistant MRSA.

The researchers said that honey has been shown to exhibit “broad-spectrum” antimicrobial activity, being able to act upon more than 80 species of pathogen.

They pointed towards previous research that has demonstrated that honey can inhibit pathogens normally capable of causing wound infection, including strains that are resistant to conventional antibiotics.

They also highlighted the growing number of clinical reports that have shown that wound infections (including those infected with MRSA) can be cleared by the topical application of manuka honey.

Professor Rose Cooper from the University of Wales Institute Cardiff, who was one of the researchers, explained that the findings “suggest that manuka honey can hamper the attachment of bacteria to tissues”, an essential step in the initiation of acute infections.