A celebratory George reflects on how hard work pays off 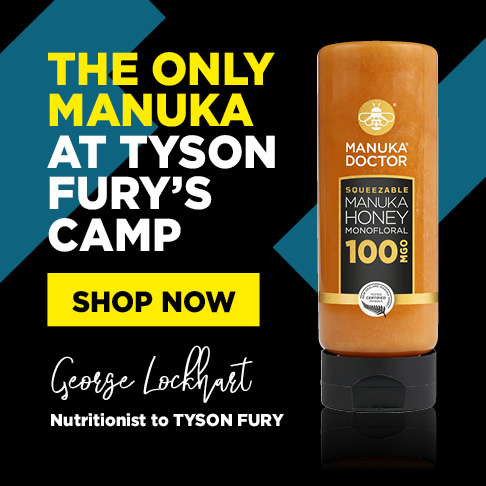 “That just goes to show… hard work always pays off”

I hope you guys managed to catch it because that really was something special.

We’ve all seen Dillian Whyte’s punching power over the years, and of course everybody has a chance in the heavyweight division, that’s why it’s the most exciting division in Boxing.

It’s about that one punch knockout at any given time, it can happen.

But these bouts are also about the years, months and weeks of hard work, preparation, and fine tuning.

In my eyes, Tyson was already a winner on so many different levels well before this fight.

This is a fighter from birth. Born weighing just one pound, three months premature, who grew up to be a 6’9”, 270-pound world class boxer. An Englishman who ended the decade-long reign of Wladimir Klitschko.

Who gave up his titles and spiralled into a deep depression.

Who lost more than 150 pounds and reclaimed his career.

Who stunned the boxing world by knocking Wilder out and now beating Whyte.

Everyone in the camp is so proud of Fury, but also, seeing what we’ve seen over the past months of prep. We knew this was always on the cards.

You see, when you have a goal you stick to it. For Tyson he knew what he needed to do in order to defeat Whyte. He researched what style he would have, sparring with Boxers with similar traits, learned about him, and focused on how his strengths would overcome him.

And for me, it was about that same preparation – although I was doing my sweating in the kitchen rather than the gym! I hope you’ve enjoyed reading my blogs from this camp. Me and the guys are now off for a well-deserved break and to celebrate the good times.

Until next time, stay well, keep eating good – and if you want to get your hands on some of the Manuka Doctor honey that we’ve been using all the way through this camp, then the guys have set up a special deal to celebrate Tyson’s victory.

Watch the behind the scenes footage